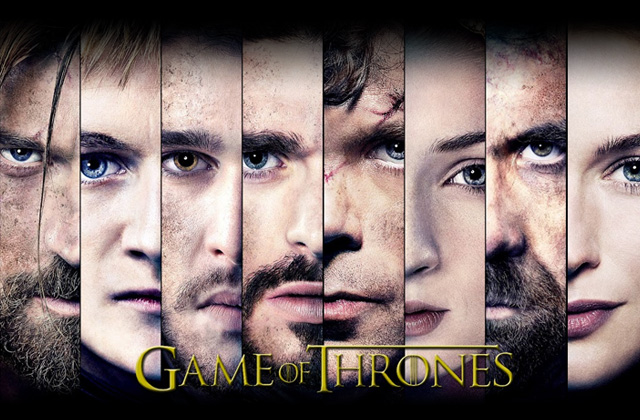 At this point you would have had to been living under a rock to have not heard of the Game of Thrones series (A Song of Ice and Fire). A few years ago, HBO decided to make the series into a T.V. show. With two unfinished novels to complete the books series and the TV series yet to catch up to the books, many viewers are going back to read the novels (A Game of Thrones, A Clash of Kings, A Storm of Swords, A Feast for Crows and A Dance with Dragons). These books are epically long, averaging nearly 1000 pages per read. Here is a short review/breakdown of the first book, A Game of Thrones:

The story is set in a medieval-fantasy world called Westros; one similar to that of the Lord of the Rings. The tale unravels through point-of-view characters (POF) to better show what is going in different places at the same. It closely follows the Stark family, specifically Eddard "Ned" Stark. He is the Warden of the north (Westros) and close friend to the king.

The king later needs his help and Ned is forced to leave most of his family and move to Kings Landing (the Capital). Here Ned learns that nearly everyone is spying and deceiving to gain political leverage. Ned leads a straight and narrow path and struggle to adapt. 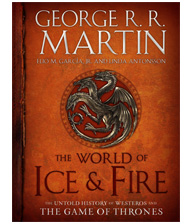 Concurrently with Ned's story, another is also being told in a land far away. Daenerys or "Dani" and her brother Viserys were once royality in Westros. Coming from the Targaryen bloodline traced back hundreds of years the throne was taken from them by the current king, Robert, and as children were forced to flee to stay alive. Several years later they are old enough to try and take it back. Without money or an army, it proves difficult, but their name and influence goes a long way.

The author, George R.R. Martin, does a brilliant job of depicting every scene. The world and characters come alive in your mind in vivid detail. This book really has it all: love, betrayal, sex and savage murder. You will feel it all as you dive deep into this series.

This book and the entire series is a must read if you are into this type of genre. They even have the set on audio books, if reading isn't your thing! And if you have been under a rock for the past few years, you need to watch the HBO show right away. It is the best thing on T.V.!