Android: Netrunner - The Card Game of the Future 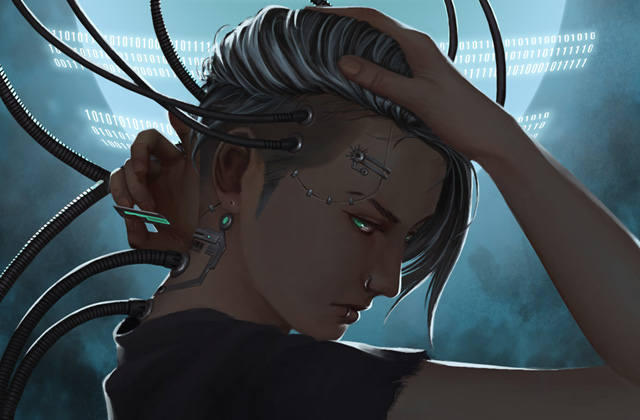 If you love board/card games and find yourself watching cyberpunk classics like Blade Runner, TRON and The Matrix, you're going to love the epic struggle between hackers (runners) and corporations in Android: Netrunner by Fantasy Flight Games.

Based on Richard Garfield's collectible card game (produced by Wizards of the Coast in 1996), Android: Netrunner is a two-player Living Card Game (LCG) that lets players control one of four huge mega corporations such as Haas-Bioroid, Jinteki, Weyland Consortium or NBN. And as a runner, you'll find yourself choosing one of of the many different runner identities under three different factions: Criminal, Anarch, and Shaper.

What makes Netrunner stand out from other living or collectible card games is the fact that both sides have a different set of rules that they play by. In other words, the rules that apply to the corporation don't necessarily apply to the runner, and vice-versa. In fact, during a standard two-player session, both players have a chance to play as runner and corporation, making it seem like two completely different games with each round.

Each runner and corporation deck has a different minimum card limit, depending on their identity. This is a significant variation from the "standard" model of 60 cards per deck in similar games. Each identity also has an "influence" number, meaning you can add a certain number of cards from other factions in your decks. This allows you to personally customize decks that are as diverse as they are powerful, with each having its own set of advantages and drawbacks. 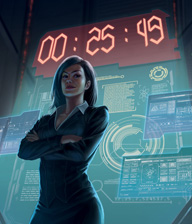 The gameplay is surprisingly fast once you get the hang of it, and it can often feel as though you're playing a gruelling game of chess. As the corporation, your mission is to score seven points worth of "agendas" from your deck. To do this, you create different remote "servers", protecting each server with another card type called "ice". The ice protects the servers from "runs" made by the opposing player (think of it as a firewall against hackers). As you build up your defenses, you decide how and when to score agendas from your hand. If you try to score too early without proper defenses, the runner has the opportunity to break through and "steal" your agendas. If you score your agendas too late, the runner can access other servers and attempt to steal agendas that way. The runner wins the game by stealing seven points of agenda cards (through "hacking" the ice on each server), so it's absolutely necessary that you pick and choose the perfect time to score agendas as the corporation. Of course, there are other card types, rules, alternate win conditions and strategies that make the game fun and interesting, but we'll let you discover those on your own!

Along with the gameplay, you'll find that Fantasy Flight Games has done a wonderful job creating a rich backstory, with each corporation and runner faction getting its own unique storyline. In fact, they've also released books and other board games that play a central part in the Android: Netrunner universe!

If you think you have what it takes to play in a more competitive environment, you'll find that most players can be found in your local game store playing Netrunner tournaments during weeknights or on the weekends. Fantasy Flight Games has a great tournament support system and will often give out unique prizes in the form of special promo cards just for showing up! Since it's a game for ages 14 and older, you'll find a wide variety of people of all ages and backgrounds who like to spend their free time building decks and practicing. If anything, Android: Netrunner is an extremely social game and the player community is very laid back and friendly.

If you're looking to get into Android:Netrunner, there's never been a better time! Since it's a Living Card Game, you can buy a core starter set (retailing around $35) and just a few data packs (about $15 each) to be competitive. Fantasy Flight Games usually releases new data packs about every two or three months, so you can be sure to always be up-to-date with the latest card combos and strategies.